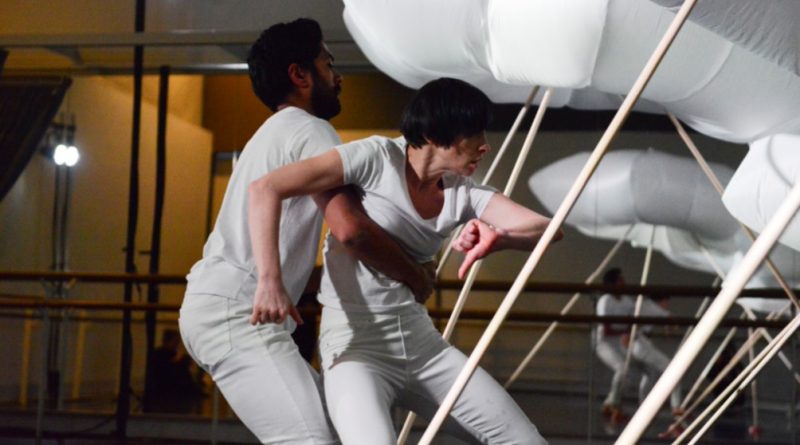 Audiences were immersed in the piece which combined architecture, dance, light and music. After a short opening film, two dancers, Malgorzata Dzierzon and Renaud Wiser performed a specially choreographed dance interacting with the Cloud/Plunger installation. Audiences were then invited to join the performance with the dramatic music composed using a combination of natural and bathroom sounds. Following the performance, there was a Q&A session with the creators.

Cloud/Plunger was created by China Exchange Cultivate supported artist Tuo Lin and his team. According to the team, Cloud/Plunger represents the dichotomy between neglected rural areas and the sanitisation of metropolitan cities. Since being selected by our Cultivate Programme in December 2017, artist Tuo Lin and his team have been using our space for idea development and rehearsals. The China Exchange team also provided them with coaching and support regarding audience engagement.

Tuo Lin is an architect, media artist and producer. Before joining Architectural Association Interprofessional Studio(AAIS), he studied at Zhejiang University and worked at Yung Ho Chang’s Atelier FCJZ. He is the founder of the interdisciplinary studio, Atelier Tuo, which aims to expose the hidden ‘worknet’ between rural China and the world. 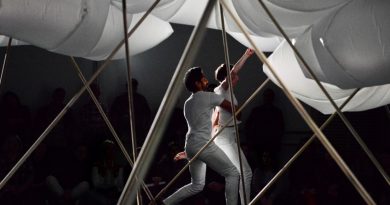