We welcomed in the Year of the Rooster on Saturday 28 January with Doc in a Day: Chinese New Year – our collaborative event with London Documentary Network.

6 teams came together to create a short documentary about Chinese New Year (CNY), based on the theme ‘Ritual’.

To start the day, the China Exchange team presented ‘What does Chinese New Year mean to me?’ – a short workshop designed to get the group thinking about the real meaning of  CNY. Xiao, our Coordinator and Quang, a dancer, choreographer and part of Cultivate, took to the stage to share their versions of CNY.
Xiao, who grew up in China, explained that for her the celebration is about family and reunion. By visiting the graves of her relatives she is honouring their lives and acknowledging their presence in her life today.
For Quang, who has grown up in London, CNY is more about the merging of his British and Chinese identities and the opportunity to celebrate the latter openly. Quang admitted that much of the traditional symbolism of CNY was lost on him, whereas for Xiao that was where the importance lay.

Once the workshop was over and the all important theme announced, the documentary makers set about planning and producing their docs. With until only 11pm on Sunday 29 January to complete and submit their docs, the pressure was on and the excitement was palpable!

We were delighted to hear that all 6 groups managed to complete and submit their documentaries in time. Interested in seeing the completed films? Join us for our Lantern Festival Screening on Saturday 11 February, as we celebrate the last day of CNY by watching London’s CNY documentaries. 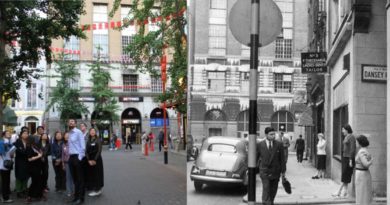 Walking into the Year of the Rat with Chinatown Stories Tours 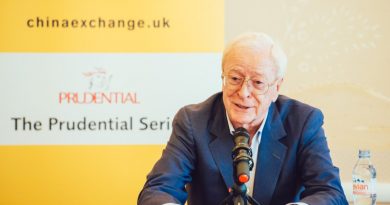 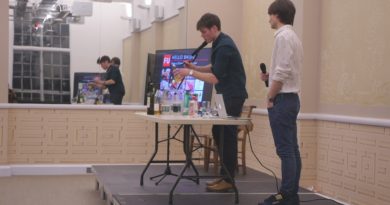 China Exchange is recruiting for a Venue Hire Coordinator to join the team on a 25hrs per week 6 month contract. This role supports the financial stability of our charity and would provide a flexible role for someone seeking to work alongside family or study commitments.  … Read More

To support our work and operations, we need confident and calm event stewards to join our casual team on a flexible basis … Read More

St James’s Ward residents in Westminster will be able to enjoy funded places on China Exchange Chinatown Stories community-led walking tours thanks to a new grant provided by Westminster City Council’s ward funding scheme … Read More
We use cookies on our website to give you the most relevant experience by remembering your preferences and repeat visits. By clicking “Accept”, you consent to the use of ALL the cookies.
Cookie settingsACCEPT
Privacy & Cookies Policy