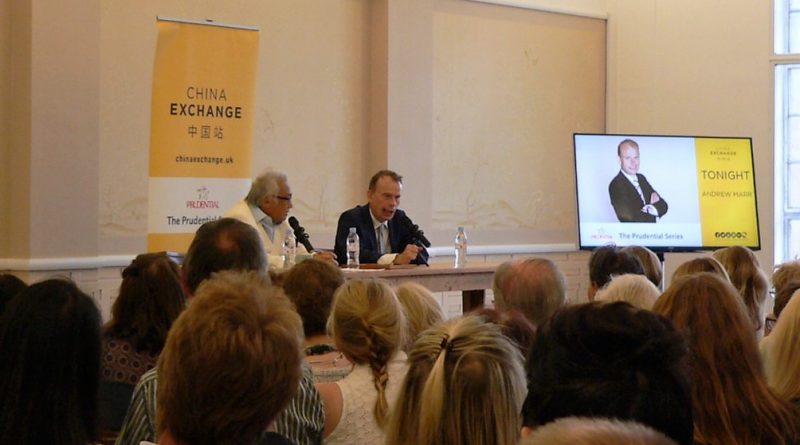 In his sixty minutes at China Exchange, Andrew Marr touched on everything from the decline of print media, to his novels, to the biggest challenges facing modern government. Andrew said the time he spent working on the Independent newspaper was the happiest of his life, but that he was fired several times. He recounted a story where he had come up with a new design for the newspaper; his boss told him that he loved it, “but then I said that about new coke” – a change in the Coca Cola recipe that was notoriously a catastrophic flop.

On his move from print to working in television, Andrew said that he had “become really bored” of his own opinions and he was attracted to the BBC because he had to be neutral. When asked about what he thought the future of print media would look like, he reflected that newspapers are in long term decline, but there are still enough people who want to start the day with a cup of coffee and a paper, himself included.

Andrew expanded on how digital is influencing both the media industry and politics itself, saying “the old world where editors shape the political agenda” had been “killed off” by the last election, and that the influence of social media is ever growing. An audience member asked what Andrew thought the first duty of a news organisation was; Andrew responded that it was “to tell the truth”. His advice in an era of ‘fake news’ and political agendas is to “make sure you consume lots and lots of different media…and the BBC”.

On his plans for the future, Andrew said that “life is short”, and he would like “the Andrew Marr show to continue with Andrew Marr on it for some time to come”.

Watch the video to hear Andrew talk about why the Thick of It is remarkably accurate, what Donald Trump wants, and how the government still haven’t dealt with the issue of corporate tax. 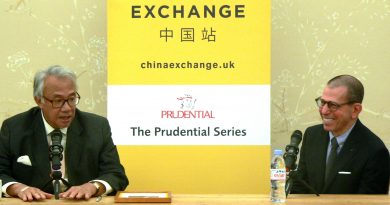 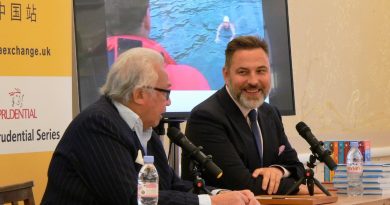 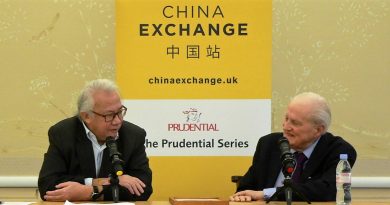