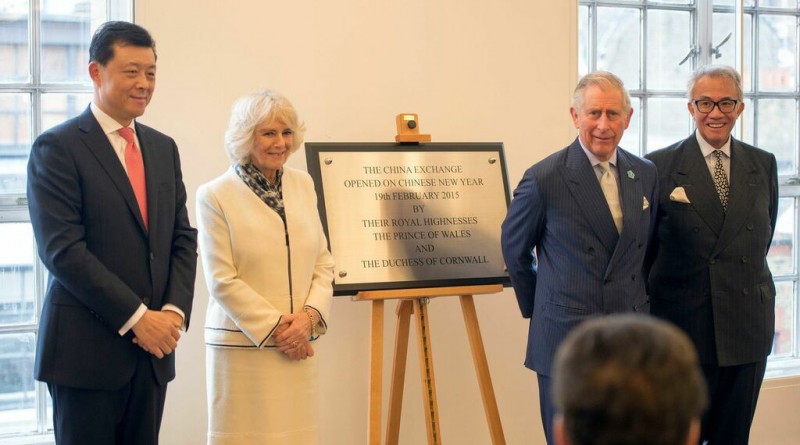 In an address to members of the community and benefactors of the centre, he said he hoped the building “will be a platform for the exchange of ideas between the East and the West”.

He added the couple were “delighted to join you in celebrating the Chinese New Year”.